The winner of the first season of Indian Idol was Abhijeet Sawant from Mumbai. The season was aired from October 2004 to March 2005 on Sony TV.

The show’s third season aired on Sony TV from 4 May 2007 to 23 September 2007. The winner was Prashant Tamang, who hails from Kolkata in West Bengal and of Nepali origin. The runner-up, Amit Paul, was from Shillong, Meghalaya.

The fourth season of Indian Idol was aired on Sony TV from 19 September 2008 to 1 March 2009. For the first time in Indian Idol history, there were two women among the top three finalists. Sourabhee Debbarma won the competition and became the first female contestant to do so.

The Fifth season of Indian Idol started airing on Sony TV from 26 April 2010 and concluded on 15 August 2010, when Sreeram Chandra, participant from Hyderabad, India was named the Indian Idol 5. In addition to a recording contract with Sony BMG, the winner of Indian Idol 5 was awarded a one-year contract with Sony Entertainment Television worth 50,00,000, a Suzuki GS-150R motorbike, a Tata Winger Platinum car and a chance to be a playback singer in a forthcoming movie of Yash Raj Films, said a press release issued by Sony Entertainment Television. One of the Top 5 Contestants will also be given the opportunity to become an RJ in Radio Mirchi 98.3 FM.

Indian Idol 6 – started from 1 June 2012 and ended on 1 September 2012. Apart from the last seasons’ judges including Anu Malik, Sunidhi Chauhan and Salim Merchant, this season had new judge ‘Asha Bhosle’ after audition rounds. The winner is Vipul Mehta from Amritsar, Punjab.

The show makes a come back on Indian Television after a gap of four years. Sonu Nigam is one of the judges this season. He makes a comeback to the show after a decade.[8] Other judges of the show are Anu Malik and Farah Khan. 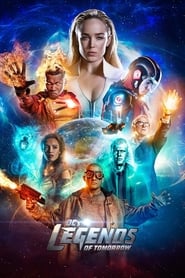